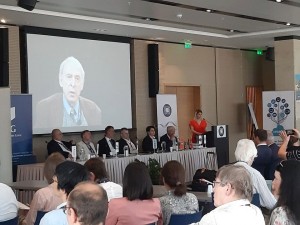 -- Where you see biological research today, was there serious progress in the last 20 years?

There have been a number of important advances in biology in the last 20 years. To my mind, the discovery that somatic cells can be reprogrammed as stem cells by a rather simple protocol involving the expression of just 4 genes is the most remarkable, and the application of this approach to human disease is already well advanced. Another example comes from the technical advances in DNA sequencing that led to working out not only the human genome but also many other animals, plants and microorganisms from all branches of the evolutionary tree. The unity of life, and the ecological relationships between, for example, humans and their gut microflora are giving us surprising new insights. Meanwhile, cellular processes of all kinds are becoming better and better understood so all in all, the last 20 years have been a golden age of biological research. We understand life processes better than ever!

-- What are the possibilities within the European Research Council for scientists from all areas of Montenegro?

The ERC is always hoping to find excellent grant proposals from small countries, but there is a tendency for outstanding scientists to flock together in centres such as Oxford, Cambridge, New York and San Francisco to name but a few, leaving their places of birth behind. This is nothing new, nor is it confined to scientific research. Outstanding artists, actors, financial wizards - they all tend to congregate in places where they find kindred spirits.

-- How much molecular and genetic research can help countries such as Montenegro?

I was very impressed by a recent visit to Cyprus to find that the incidence of haematological diseases like thalassemia has been much reduced by a vigorous program of genetic screening and counselling. This represents something of a triumph, I would say, and means a great reduction in the sum of human misery. Since I have not visited Montenegro I don’t know anything about your particular problems, if any, that might be helped by molecular and genetic research. As another example of what can be achieved, I have been impressed by Japanese advances in the cultivation of both fish and seaweed, both made possible by a combination of basic and applied research.

-- How important it is for scientists to connect and get to know each other better?

It’s tremendously important for people with related interests to get together and learn about each other’s work.

-- Any pearls of wisdom for the science of Montenegro?

Let me come and take a look first!

-- Any comments and forecasts about the global science?

People are always wanting to know about the future, but I’m afraid scientists are no more clairvoyant than anyone else. Very few people seem to understand that the business of discovery is by its very nature uncertain: we simply do not know what we do not know! I like this quotation from JBS Haldane, a famous British scientist and brilliant communicator of scientific ideas:-

“In forecasting the future of scientific research there is one quite general law to be noted.

So one can be quite sure that the future will make any detailed predictions look rather silly.”

All rights reserved by MECOnet 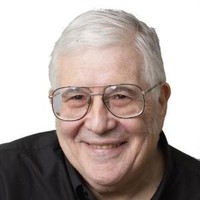 By this email I like to ask you to answer the following questions.

Your answers will be placed on the web site of the conference, to be taken away and re-published by all major daily newspapers of Montenegro (MNE).

The most important parts of my life can best be described as ‘moments of directed insight.’

In my field of consumer research, the most important recent developments have focused on experimentation in terms of consumer preferences, and the recognition that people are different from each other in the patterns of these preferences. For many years professionals in consumer research, whether for products or services (including medical) have struggled with dealing with these individual differences. The growing recognition of individual differences as systematic, and worthy of study, is the most important topic. The inventions all focus around trying to understand the nature of this variation. Some of the inventions are physical, such as electronic measures of brain function. Others are analytic and conceptual, such as modeling systems for understanding the mind.

My message is that the world is evolving, ever in flux. It is no longer ‘business as usual.’ Your world is changing, and the only future you can predict is increasingly rapid, technology-driven change. The students in your country are your future, the only real wealth you have. Truly educate them and let them build your country. Tear down the barriers to education, the ones your society has erected and defends as the approved ‘status quo.’  And, in a statement more likely to cause anger than inspire, make sure your focus remains on your students and THEIR development.  Manage their future and opportunities, rather than you managing each other.

Take a chance. You have nothing to lose. If you maintain the status quo, then you will be the past. If you take a risk, with your eyes open, and try new things, then there is a chance that you will succeed, and perhaps even succeed beyond your wildest dreams. Hold onto the past and you might just as well plan for your demise. It may come sooner than you think.

Keep experimenting, keep writing, keep publishing. There is no perfect study, no perfect paper, no perfect presentation. The future will judge you by the quality of what you have done, and by the amount of what you have done.  Your future is the product of Quality x Amount. Keep that in mind, as you move forward with your career. No one will remember the small errors when you become great. But if you produce very little or nothing, no one will remember you at all.

Theory of Transforming Wellbeing (TTW) is emerging as an inevitable response to the ever-growing imbalance in our lives across the globe. Over the decades, we have been advancing technologies to make our lives better. The fundamental question still remains: with all the evolving innovations, are we gaining decent success in achieving happier and more sustainable societies? All the crucial domains of our lives continuously provide evidence of things getting disbalanced despite us making huge progress in building increasingly capable technological innovations, such as artificial intelligence, blockchain, augmented reality, autonomous vehicles, and drones, just to name a few.

Theory of Transforming Wellbeing (TTW) advances scientific knowledge and its practical applications to transform lives. The theory unifies knowledge about designing transforming technologies for wellbeing. It explains how technological innovations can go beyond limitations of traditional behavioral design and change management. Due to its strong fundament that blends technological innovations with human nature, TTW is applicable in many essential life contexts, including health, education, sustainability, equality, governance, safety, emergency, ecology, and economy.

I didn’t see much due to some unexpected difficulties with my transportation. However, from the part that I had a chance to experience, I was positively impressed by the number of participants and the organizational diligence.

4. What are your impressions about Montenegro and what specific impressions would you like to underline?

Montenegro is very welcoming place, rich with natural beauty and hearty people. Technological innovations help the country to make great advancements in some areas, while others carefully preserve national heritage and customs.

Moore's law is about to end, and we need to find solutions for performance scaling.

Accelerators seem to be the most promising solution, but they create additional complexity in the software.

Nice little conference. I did not expect to meet so many people from Russia.

4. What are your impressions about Montenegro, and what specific impressions would you like to underline?

Embbedded intelegence in the heart of the Balkan, Lech Jozwiak and Radovan Stojanovic 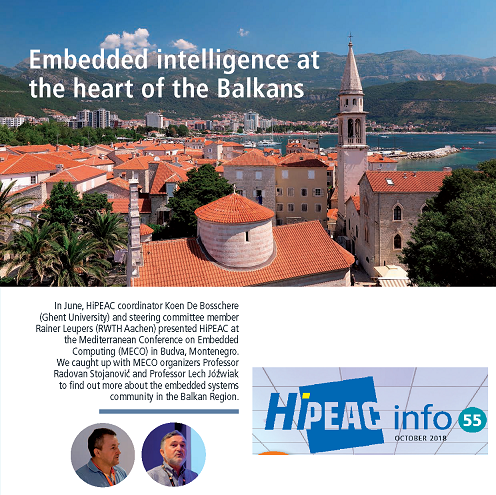 Proud on our Keynotes